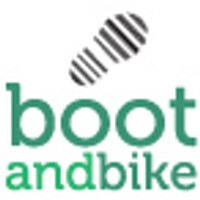 Thanks for all the nice comments! Knoydart is breathtaking. The lack of motorised traffic has enabled the peninsula to preserve much of its topography and wildlife, but it also offers superb food, a range of accommodation options to suits all budgets and wonderful hospitality. Go visit!

The honest answer is an unequivocal yes, the figures speak for themselves http://www.bootandbike.co.uk/2010/10/forget-flying-why-flying-and-sustainable-travel-are-incompatible/

The continuing attempts of those with apparent strong green concerns to justify flying is on a par with other unjustifiable excuses by the liberal middle classes, who are keen to keen to advocate 'right-on' issues as long as they don't  impinge on their own lifestyles.

The same people who campaign against say, slave labour in Bangladeshi textile factories, but continue to fly long haul for their own holidays, are not just hypocritical, but illogical - environmental damage is just as repressive and as big a cause of poverty.  Similarly, so are those who say they want to preserve the coral reefs, but fly to the ends of the earth so that they can enjoy them before they disappear altogether.

Environmental melt-down is the greatest threat to our planet and will hit the third world first. Not flying is one thing that we can all do to make a little difference.  If you say you care about people and their environment you won't fly, and you won't make any excuses as to why it shouldn't apply to you.

In any case travel, for me, is about the experience and that includes the journey itself. The experience of say, travelling on a train, or local bus, is much more rewarding than the ordeal of flying from one indistinguishable airport terminal to another, irrespective of where in the world they are situated.